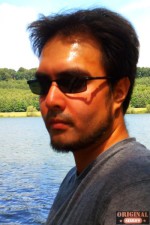 I am Chris and I was born in Germany (basically on U.S. American territory). In my CV, I have already experienced a lot, where I could basically write a book. It is enough to say, however, that I am basically a nice guy. Well, not always but very often. Joking aside.

I'm an adventurer. It means that I am drawn to the wide world. I always have to do something extraordinary. The standard is too boring for me. Many thinks about me, I am overbearing, arogant or something else. Honestly, I do not care. Life is far too short for a life long for nothing to get the ass up. Let's be honest. What's the matter here in life? ... Just about money. Is that somehow nervous? I do it differently. Let the money work for you and take your time for yourself. I have experienced both sides. Was even hopelessly poor and I was also very wealthy ... yes, I speak of a life in luxury in Switzerland. But everything is memorable and you have to learn how it is nothing more to be worth. Therefore, living and forgetting not to work life meaninglessly for just because one is to stimulate the economy and the politicians up there to finance, who then the money and money to throw somewhere to Timbuktu, where in the world and also in Germany more and more Poverty prevails.

I simply live my life and let myself be cut down in life because of brain-burned laws, which were designed for fun to enslave the people. When everyone is swimming with the current, I am the one who does not swim against it, but I chill out and looks for the real life. After all, one has only one life and if one does not enjoy it, one lives for nothing.

A freelancer - rebel and a man of the people ... Now choose! The next president of the United States muhahahaha

But why the name Sirrow? Is a long story ... but I make it short ... early very much Counter Strike 1.4 on LAN parties gambled ... I was really bad at first and you called me Zero ... that was to me sometime too stupid and called me At least Sir Zero ... still totally behindikindi ... after a time I became a quite good player and then called me spontaneously "Sirrow" no idea but the nickname remained until today ... ^^

And sry, my American is not the best but if interested? Whoever finds errors can keep them ;-)